Moon Township, Pa. – Robert Morris University softball announced the signing of seven student-athletes to National Letters of Intent at the end of December as part of their 2020 recruiting class.

Second-year head coach Jexx Varner commented, “We’re excited about the 2020 class. These young women replace a senior class that have been major contributors over the past few years, and we’re confident that they can step in and help this program from day one. As the future of this program continues to be molded, these student-athletes will play a major role in our future success.”

Varner and volunteer assistant coach Wendy Beckemeyer welcome one pitcher, two infielders, two outfielders, and a pair of versatile student-athletes. One can play both the infield and outfield while the other has logged time as a catcher and outfielder. Let’s take a look at these players who could find their names in the starting lineup soon.

Scouting Report: Three-year member of the Raiders varsity squad – Hit .351 in 2019 with nine stolen bases and 18 runs scored – Also recorded an on-base percentage of .493 and a slugging percentage of .476 – Three-time all-section honoree, including second-team in 2017, first team in 2018 and honorable mention in 2019 – Member of Passion Softball travel squad – Passion claimed 2019 title at the 2019 USSSA Freeze-Out.

Quotable: “Julia’s speed grabbed my attention immediately, but it is her energy and determination on the field that sold us as a vital part of the future of the program,” Varner said. “We can’t wait to see her development and how fast she will make the game for the opposition.”

Ehrman told Derek Pyda of the Cranberry Eagle, “I want to go into the medical field and Robert Morris is very close to Pittsburgh. It also will allow my parents and family to come see me play and that was important.”

Quotable: “Jane is a great addition to our pitching staff, as her stuff mixes well with our returning pitchers,” Varner reflected. “She has pitched against some of the best teams in the country over the past few years and understands what it will take to be successful at the Division I level.”

Garver wrote on her ncsasports.org profile, “As a college athlete I want to continue to learn about myself and continue to become the player that I have never imagined I could be.”

Quotable: “Charlotte really hit her stride in the last year and still has more growth in her game,” Varner stated. “She has the tools to make an impact in the infield right away or provide depth in the outfield. Offensively, she will provide consistency with the potential for pop.”

Grover spoke with Bob Kirkpatrick of nwnews.com, “I had other offers but decided on RMU because it has a really good nursing program and a good softball program. I also love the East Coast, so it’s a really good fit.” 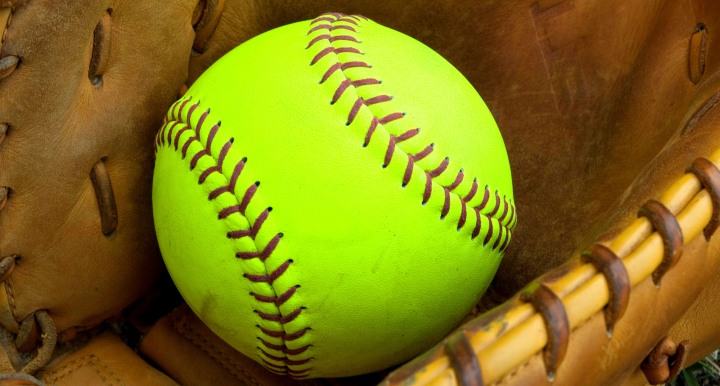 Scouting Report: Three-year starter for the Mustangs, leading the team in batting average, on-base percentage and stolen bases each of her three years with the program – Has been the starting varsity shortstop for the Red, Blue, and White since her freshman year – Member of the Ohio Outlaws travel team – In four years for the Outlaws has compiled a .391 career batting average.

Quotable: “Allison is going to be a versatile piece to our 2020 class,” Varner commented. “She will provide additional power to our roster and has the ability to play multiple infield positions. She has also played against some of the best teams in the country and comes from a very strong travel team that will have her prepared for Division I softball.”

Scouting Report: Hit .470 with four home runs and 12 doubles in 2019 with the Scotties … Selected as the Black and Red 2019 Defensive Player of the Year after not committing an error for a perfect 1.000 fielding percentage – Helped her squad go to the 2018 WPIAL championship – Member of the Ohio Outlaws travel team – Hit .360 for the Ohio Outlaws in 2019.

Quotable: “Faith is gritty, scrappy and a dirt dog,” Varner said. “She will make an immediate impact on our roster with her play but also with her attitude and approach. Defensively, she is a vacuum wherever you put her and offensively she plays much bigger than her size.”

Miller talked with triblive.com, “RMU has always been somewhere I wanted to go; I have had many relatives that have graduated from there. I also love how close it is from home and how beautiful the campus is. As soon as I stepped foot on campus, I knew that was where I wanted to be.”

Scouting Report: Three-year starter for the Red and Black – Named the 2017 Rookie of the Year for the Raiders – Earned all-division accolades as both a sophomore and junior – Plays travel ball for Team Long Island – Also a three-year starter as a goaltender for the women’s soccer program at Patchogue-Medford, earning all-county accolades as a senior in 2019 and being named the Division I Goalie of the Year.

Quotable: “Catalina is a student-athlete whose passion for the game and Robert Morris will help her make an impact,” Varner remarked. “She plays the game the right way and works hard, which means that her development will continue to make her a better student-athlete.”

Scouting Report: Three-year starter for the Wolves, earning all-conference first-team honors as a sophomore (2018) and twice being named to the all-conference second team (2017, 2019) – In 2019 posted a batting average of .463 and led the Blue, Gray, and White to the Eastern Cincinnati Conference championship – As a sophomore hit .523 to earn honorable mention all-state honors – Member of the Cincy Doom travel squad.

Quotable: “Kinsey comes to us from another talented travel organization with potential for high-level consistency and pop from the left side,” Varner stated. “She moves well in the outfield and has a strong arm that will help this program right away.”

Dugout Clipboard: Robert Morris travels to Clinton, South Carolina in February to begin the 2020 campaign by taking part in the Blue Hose Invitational. The Colonials face the Norfolk State Spartans Friday, Feb. 7, at 10:00 a.m. to open the season and confront the host Presbyterian College Blue Hose at 2:45 p.m.

RMU returns for their home opener at the North Athletic Complex Saturday, March 21st with a doubleheader against the Niagara University Purple Eagles at 2:00 p.m.