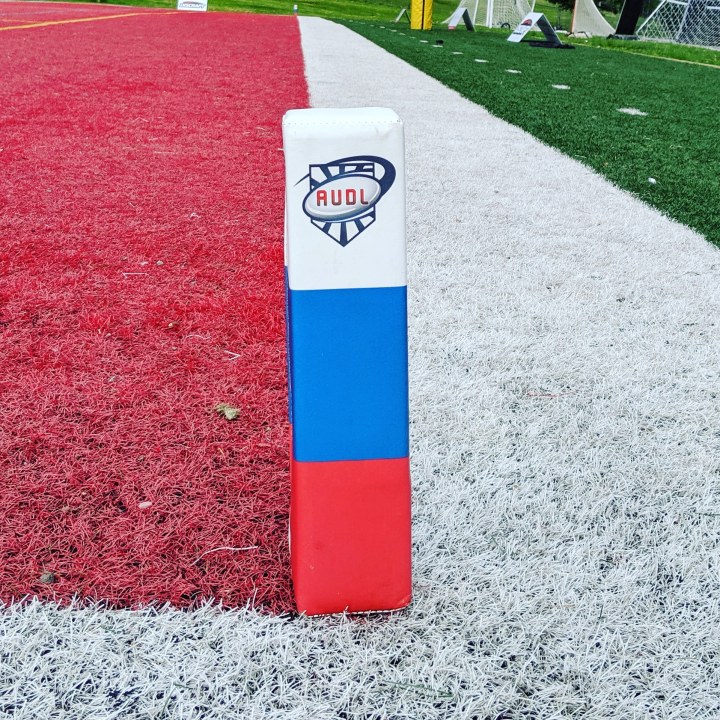 Grand Rapids, Michigan – Coming off an impressive 3-1 homestand in May, the Pittsburgh Thunderbirds (4-3) extended their winning streak to four in a row Saturday, June 1, with their 17-12 triumph against the Detroit Mechanix (0-6) at Grand Rapids Christian High School.

Detroit’s Joe Rogers delivered a pair of goals in the first quarter as he and his teammates collected five to start the contest. Pittsburgh responded with seven scores of their own including the first and seventh goals coming from the sure hands of Max Sheppard and back-to-back points by Jimmy Towle. Thomas Edmonds furnished three of his game-leading five assists in the opening frame. He also tallied 24 receptions and 26 completions.

Churning out eight goals in the second to Detroit’s five, Pittsburgh constructed a 15-10 advantage by halftime. Sheppard and Towle continued their “anything you can do” performance during the quarter. This time while both presented deuces, it was Sheppard who went back-to-back. The duo accounted for four goals apiece to lead the T-birds on the night.

For the Black and Gold, Sam VanDusen averaged 6.2 seconds of hang time on his 18 pulls and led the squad with 16 minutes played. Owen Watt owned two blocks on defense with one coming at the end of the half to stop the Mechanix from picking up any momentum going into the intermission.

Thunderstorms took a bite out of the match with a lengthy lightning delay with just three minutes remaining in the second. The officials called the game with 10:08 left in the third after lightning flashed again across the sky causing another long postponement.

The game ended about 2 minutes into the second half. pic.twitter.com/zu6sv7op42

Followers of the Mechanix saw Joe Cubitt contributed four assists and 31 catches. Mark Whitton provided three goals to the score sheet. David Innis and Cubitt wrapped up the evening with 36 completions apiece. Helping the defense with one block each was Austin Johnson and Innis.

The Men of the Motor City have lost 31 consecutive games with their last victory a 23-14 triumph coming at home Saturday, April 29, 2017, against the Chicago Wildfire.

There was a shuffling of the teams this weekend in the Midwest Division of the American Ultimate Disc Leauge. The Madison Radicals and the Thunderbirds tied for second with identical 4-3 records. The Indianapolis AlleyCats took possession of first on Saturday with their 18-15 victory over Madison, pushing their mark to 5-3.

Box Score Bits: Both squads assembled a completion rate of 96 percent. Pittsburgh made 118 of 123 throws and Detroit came through with 136 of 142. The Black and Gold led in total blocks 5-2 while the Men of the Motor City gathered an 11-7 lead in total turnovers.

New Faces: Chris Graber, a 20-year-old rookie from Grantham University, picked up his eighth and ninth goals in just eight minutes of play against the Mechanix in Grand Rapids.

Jasper Tom, who played ultimate at Carnegie Mellon University, claimed the first goal of his rookie season in the meeting with Detroit, the second matchup of his career.

Snyder Stat: While it is not an official statistic for the AUDL, I would like to recognize the player who was the leader for the Black and Gold with “hockey assists” against the Mechanix – the pass that leads to the Goal Thrown pass (assist) for the score: Jonathan Mast with three helpers, followed by VanDusen and Edmonds putting up two apiece. On the opposing bench, Jordan Kinde supplied a trio of hockey assists for Detroit.

Next Up: Head Coach Pat Hammonds crew hit the pause button for the first ever AUDL All-Star Game Saturday, June 8, 2019, held at Breese Stevens Field, the park of the Madison Radicals. The players come together for the opening pull at 7:00 p.m. CDT.

Pittsburgh returns to JC Stone Field, part of the North Park complex, Saturday, June 22, to host the Radicals (4-2) in a rematch of the season opener in Madison. Find your seat on the T-birds site.

From The AUDL Channel On YouTube.com – 2019 AUDL All-Star Game Promo…