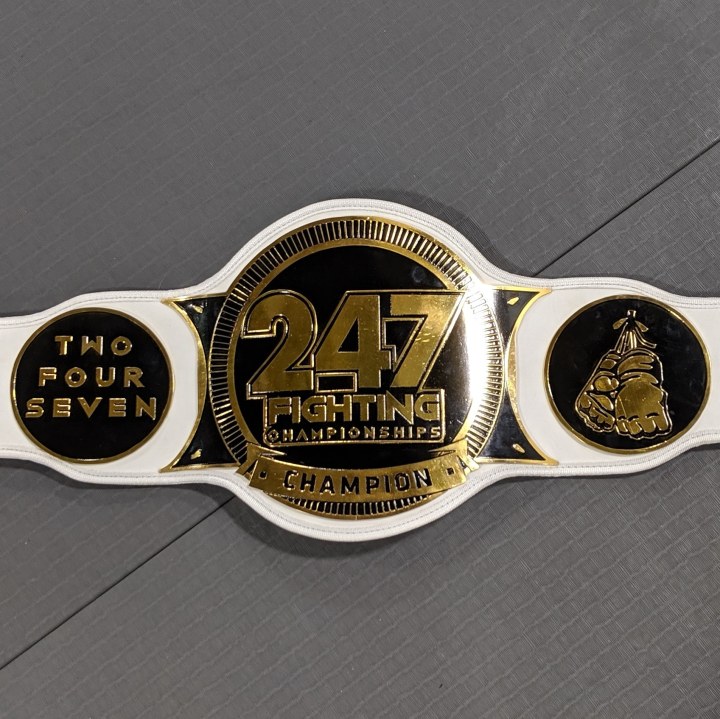 Canonsburg, PA – Every day, the warrior hones his or her skills at the gym or dojo through intense training and sparring. This weekend Ryan Middleton and his 247 Fighting Championships promotion is providing up and coming fighters a chance to show what they can do in Mixed Martial Arts competition.

This new opportunity arrives on Saturday, April 6 with the inaugural Steeltown Throwdown at Printscape Arena at Southpointe, formerly the IceoPlex, 114 Southpointe Blvd, Canonsburg. Fans can enter at 6:00 p.m. with the tolling of the first bell at 7:00 p.m.

I spoke with Middleton on the phone Thursday, April 4 and he said, “We are completely dedicated to building up Mixed Martial Arts in Western Pennsylvania. We have plans to construct a good working relationship with the local gyms and provide a family oriented atmosphere at our events. There is an amazing wrestling tradition in Pennsylvania we can build on and grow MMA for the kids.”

Coming together in the main event for the 247 Fighting Championship’s professional lightweight title is 32-year-old Khama Worthy, who is looking for his fourth consecutive victory, and 26-year-old Joey Munoz.

Worthy’s last triumph was over Tim Cho in December 2018 at Pinnacle FC 18 at the West View Banquet Hall in Pittsburgh. The combatant known as the “Deathstar” took down Cho with a rear naked choke submission at 18 seconds into the second round. The crew at Tapology.com ranks Worthy at No. 1 among active Pennsylvania professional lightweights.

Munoz claimed his last win in March 2018 with a rear naked choke at 50 seconds into the third against Sean Wilson at DCS 40: St. Patty Showdown in Omaha, Nebraska. He seeks to rebound from a loss on choke submission to Darrick Minner in April 2018 at DCS 41: Spring Brawl in Lincoln. Munoz is a notable opponent with five of his seven wins coming on a choke submission or knockout/TKO.

Featherweights highlight the next pro confrontation as Ethan Goss faces Elijah Cavender. Goss, who is 27 and trains at the Gorilla House Gym in Altoona, won his last battle back in December on punches at 3:58 of the second over Branden Seyler, Sr. at PA Cage Fight 34 in Wilkes-Barre. Cavender wants to capture the third win of his career after suffering a defeat in February 2019 to Adam King on a rear naked choke at 4:59 of the first at WXC 75: Night of Champions 11 in Southgate, Michigan.

Brett Shoenfelt, 29, returns to the cage after an almost three-year layoff and confronts welterweight Dustin Parrish to round out the pro side of the evening’s fight card. Shoenfelt, who goes by the nickname Showtime, trains at the Tactical Combat Academy of Mixed Martial Arts in Greencastle. Parrish seeks a fresh start after going 2-0 in 2017 and 0-2 in 2018.

From The 247 Fighting Championships YouTube.com…

Always remember the lineup of bouts is subject to review. Thank you to Ryan Middleton and his 247 Fighting Championships for providing an update on the matches. The matchup streams live on Fite TV for just $14.99.