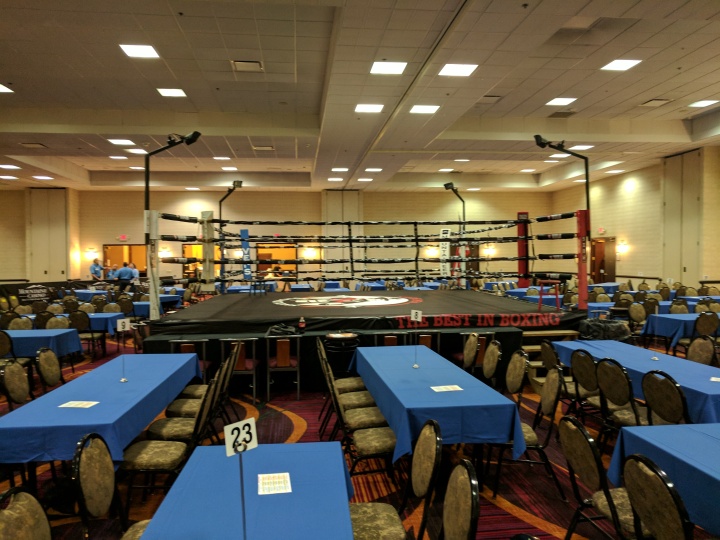 New Cumberland, WV – Coming off three successful outdoor sporting events this summer in Pittsburgh, Angelo Magnone and Made Men Promotions return to the Grand Ballroom at Mountaineer Casino, Racetrack and Resort Sunday, Sept. 2, for their Labor Day Eve Boxing bash. The doors for the fans open at 5:30 p.m. with the first bell at 7:00 p.m.

Weirton’s Justin Steave (9-1-0, 4 KOs) is ready to claim his fourth consecutive victory and his seventh overall in West Virginia when he faces Rick Graham (5-22-3, 2 KOs) from Detroit, Michigan over six exciting rounds of super welterweight competition.

Steave picked up a unanimous decision over James Robinson in June at Rivers Casino in Pittsburgh while Graham is coming off a win by technical knockout against Zachary Briones in July at the Austin Sports Center in Texas.

Beaver Falls’ Kiante Irving won the National Golden Gloves Tournament in May at Ralston Arena in Omaha, Nebraska in the 165-pound middleweight division. The 24-year-old pugilist, who signed recently with Chris Middendorf’s Victory Boxing Promotions, makes his professional debut against Vince Berkhaulter from Philadelphia, PA. This middleweight confrontation is set for four rounds.

Rosalindo Morales (1-0-0) of Ellwood City, PA seeks his second professional victory as a super lightweight when he steps between the ropes to clash for four rounds with Latorie Woodberry (2-6-2) of Roanoke, VA.

All matches are subject to change. The promotion welcomes fans of all ages, but guests under the age of 18 have to be accompanied by an adult.

From YouTube.com – Justin “The Hawk” Steave Made Men Promotions Interview…